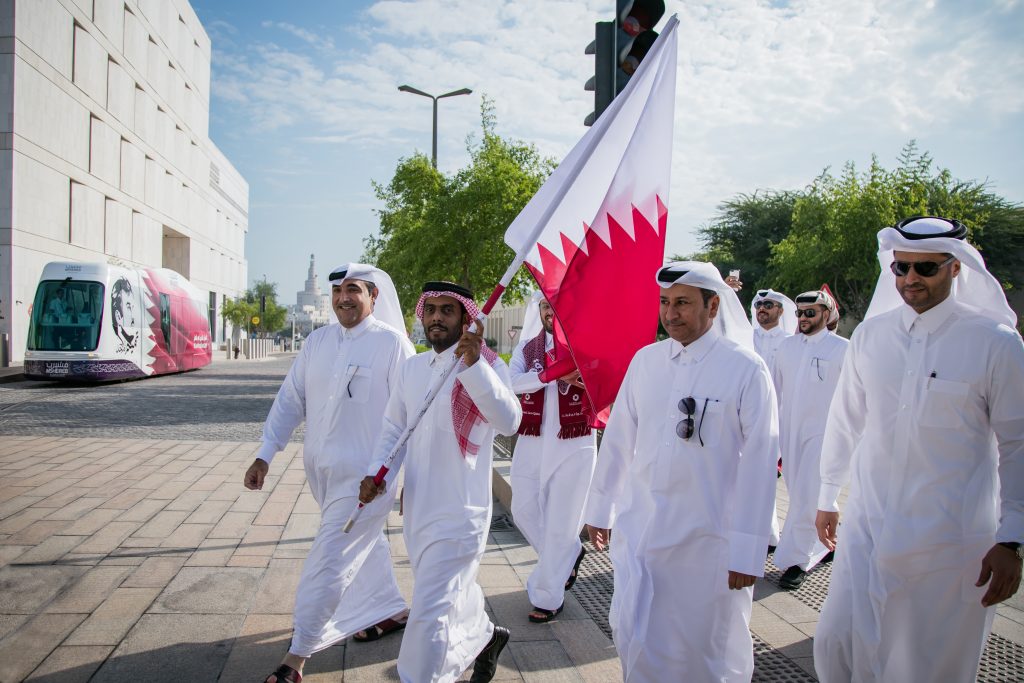 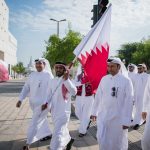 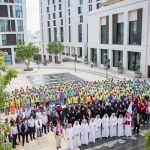 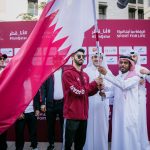 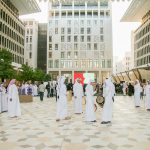 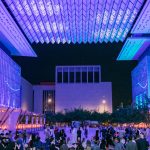 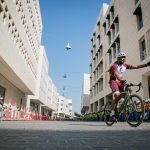 The flag entourage was received by Mr Ali Al Kuwari, Acting CEO of Msheireb Properties, along with a big representation of the company’s leadership, employees, hotel operators, and construction workers. Team Msheireb carried the flag through the main landmarks of Msheireb Downtown Doha and handed over the flag back to more than 300 cyclists in Al Kahraba Street.

And to make the celebrations even better, Msheireb Properties organised a special lightshow at Barahat Msheireb, the region’s largest coveredopen-air square. The event is the first time ever the square has been lit at night to commemorate such a special occasion. Attended by the company leadership, employees, their families and friends, and key stakeholders, the lightshow had everyone mesmerised. Attendees marvelled at the amazing architecture, while rays of light danced masterfully on its walls drawing up symbols of Qatar’s culture. Msheireb Properties has also invited young Qatari business owners to participate in the event, thus giving them a chance to market their products as part of the company’s commitment to support and encourage entrepreneurship.

Commenting on the events, Mr. Ali Al Kuwari, acting CEO said: “We are thrilled and proud to have been a part of the official celebrations of the Qatar National Day. Msheireb Downtown Doha, itself, is a year-round celebration of our heritage, culture and identity. The project is a revival of the birthplace of the city of Doha, the spot where our modern society started taking shape. The Flag Relay and the Lightshow have been a symbolic contribution and a great way for all of us to take a moment to appreciate the country that has been providing for all of us.”

Barahat Msheireb is part of Msheireb Downtown Doha, by Msheireb Properties. It is considered the biggest open-air square with retractable roof regionally and is expected to feature niche shopping and picturesque alfresco cafés and restaurants, as well as famous hospitality brands such as the Middle East’s first Mandarin Oriental Hotel.