The Msheireb Properties culture of integrity starts with our Board of Directors and touches every member of the company. Together with the Management, they focus on the areas of strategy and risk management.

View the profiles by clicking on the names of each individual.

HH Sheikha Moza bint Nasser
Chairperson of the Board of Directors 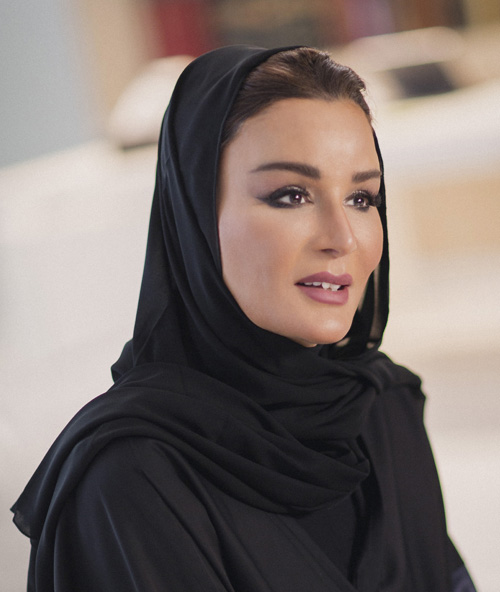 Her Highness Sheikha Moza bint Nasser plays a key role in supporting the country’s National Vision – a far-reaching agenda to transform Qatar into a thriving, knowledge-based society by 2030. For more than 15 years, Sheikha Moza has been a driving force behind education and social reforms in her country. Sheikha Moza is also active on the international stage, spearheading projects to promote peace and human development throughout the world.

Domestically, she serves as Chairperson of Qatar Foundation for Education, Science and Community Development (QF), a private non-profit organization founded in 1995. Its flagship project is Education City, which covers over 14 million square meters and houses branch campuses of renowned international universities and institutions. QF is also engaged in numerous scientific research and economic and social development projects. In addition to her work at Qatar Foundation, Sheikha Moza served as the Vice Chair of the Supreme Council of Health from 2009-2014 and as the Vice Chair of the Supreme Education Council from 2006-2012. In these roles, she has helped enact major top-down reforms of Qatar’s public schools and healthcare system. More recently, she chairs the Sidra Medical and Research Centre, a new training and research hospital that is envisaged to become a leading institution for women and children’s specialty care.

On a regional and international level, Sheikha Moza has launched multiple projects including the International Fund for Higher Education in Iraq, the Silatech initiative to address the growing challenge of youth employment in the Middle East and North Africa, and Education Above All (EAA), a global initiative that aims to bring new life chances and real hope and opportunities to poor and marginalised children, youth and women in the developing world. EAA is carrying out its objectives through a number of existing programmes such as Educate a Child (EAC), Protecting Education in Insecurity and Conflict (PEIC) and Al-Fakhoora.

Among Sheikha Moza’s many honors are the Carnegie Medal of Philanthropy and the George Bush Award for Excellence in Public Service in 2013. In June 2009, she was inducted into the Academie des Beaux Arts de l’Institut de France (Academy of Fine Arts of the Institute of France), the prestigious French society that generates awareness of the arts through education and helps develop artistic relationships on an international level. In 2007, Sheikha Moza was presented the prestigious Chatham House Award for her contributions to improving international relations. 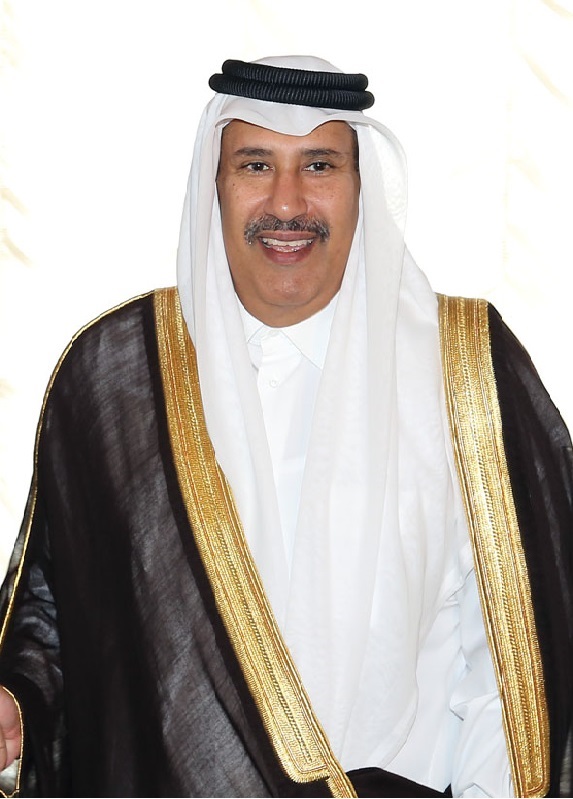 HE Sheikh Hamad bin Jassim bin Jabor Al-Thani is a Qatari politician who has as occupied various official posts, the most recent as Prime Minister and Minister of Foreign Affairs in Qatar, a role which he relinquished his role in June 2013. He has held several other key positions in the State of Qatar including a member of the supreme defense council, head of Qatar’s permanent committee for the support of al Quds; member of the permanent constitution committee; member of the ruling family council; and member of the supreme council for the investment of the reserves of the state.

HE Sheikh Hamad has worked actively to settle political conflicts in both Africa and the Middle East. He led Qatar’s diplomatic mediation efforts in conflicts in Darfur, Yemen, Lebanon, Eritrea and Yemen, Sudan and Eritrea, Sudan and Chad, and between the competing Palestinian factions of Hamas and Fatah. He also supported the release of the detained prisoners in Eritrea, the American prisoners in Iran, and the Bulgarian nurses affair in Libya.

His honors include the Grand Officier de la légion d’honneur, France, 15 June 1958, the Grand-Croix de l’ordre national du Mérite, France, 11 September 2007, The Grand Cordon of the National Order of the Cedar, Lebanon, 2007, the Diploma Magistralle dei Onorificenza O.M.R.I., Italy, 2007, and the Honorary Special Medal from the Ministry of the Interior of the Russian Federation, 2010.

Eng. Saad Al Muhannadi
Deputy Chairperson of the Board of Directors 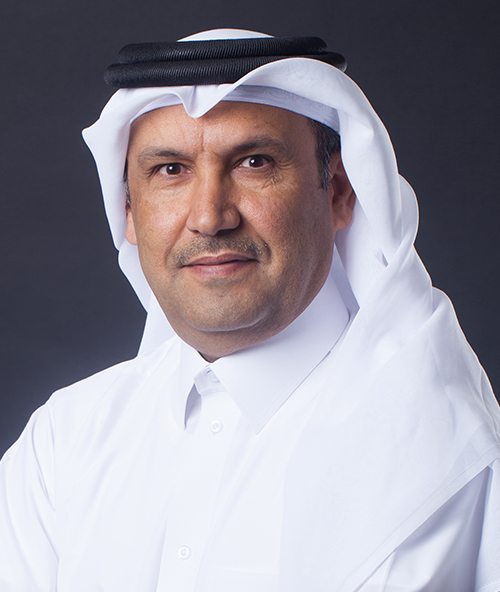 Engineer Saad Ebrahim AlMuhannadi was instrumental in the establishment of Qatar Foundation more than two decades ago, and has been an integral part of the organization’s fabric since its inception in 1995. A Lifetime Board Member of QF, and President of the organization from 2013 to 2016, he is also a member of its current Board of Trustees –reflecting his long, impactful, and valued association with QF, and his contribution to realizing its vision and advancing its mission.

He was a member of QF’s Founding Board, having joined the organization in 1995 as Project Manager within its Capital Projects Directorate, and subsequently assuming the roles of Assistant Director and Director before, in 2005, being appointed Vice President of Capital Projects and Facilities Management.

Engineer Saad played a pivotal role in the development of the educational, science and research, and community development infrastructure required for QF to support Qatar’s vision of building a sustainable, diversified economy. He was responsible for the planning, design, construction, and maintenance of QF’s buildings and supporting infrastructure and ensuring a healthy and safe environment, across its 15 million sqm Education City campus. In addition to buildings housing QF’s core operations, Engineer Saad and his team were central to the development of numerous QF projects, including the Al Shaqab equine and equestrian center, Qatar Science & Technology Park, and Qatar Leadership Academy.

Engineer Saad holds a Bachelor’s degree in Architecture from the University of Miami in the US.

Eng. Abdullah bin Hamad Al Attiyah
Member of the Board of Directors 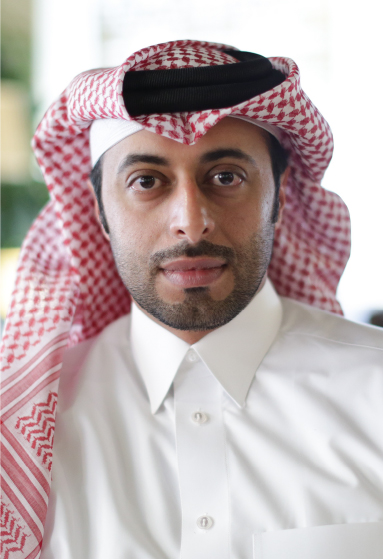 Eng. Al Attiyah has an extensive and vast work experience in many sectors in the country, where he started his career with Qatar Petroleum as Operations Engineer until 2011 when he moved to RasGas as a Senior Project Engineer and progressed in 2012 to Onshore Development and Planning Manager.

In 2014, Eng. Al Attiyah moved on to undertake new assignment as Acting Program Management Office Executive Director at the Supreme Committee for Delivery and Legacy. Followed by an assignment in 2015 as Director of the Technical Office at Public Works Authority “Ashghal” and progressed to Assistant President until 2018 when he was appointed as Vice Chairman of Qatar Primary Materials Company, before being appointed by the Board as acting CEO until early May 2018. During the same period, in January 2017, Eng. Al Attiyah was appointed as a Board Member of Qatari Diar Real Estate Investment Company, until July 2018 when he became the Company’s Chief Executive Officer in addition to his position as Board Member.

Mr. Rashid Nasser Al Kaabi
Member of the Board of Directors 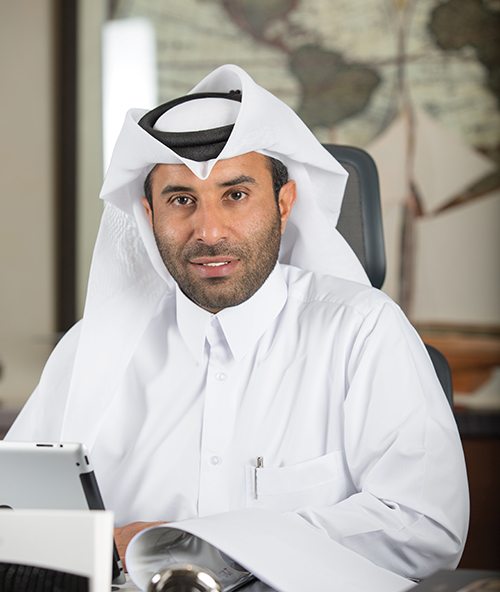 Rashid Nasser Al Kaabi is a member of the board of Directors of Qatar Chamber of Commerce and Industry(QCCI); Chairman of the industry committee at QCCI; and Head of the Qatari side in the Qatari-Lebanese Business Council, in addition to his roles at Sraiya Holding Group.

Rashid Nasser Al Kaabi graduated from the faculty of law; and is one of the most influential and successful Qatari businessmen who achieved a good reputation for himself both locally and internationally.

Mr. Tamim Al Kuwari
Member of the Board of Directors

Mr. Tamim Al-Kuwari has recently been appointed as CEO of Qatar Stock Exchange. In addition to his role as CEO, Tamim serves as an independent board member in Msheireb Properties. Prior to joining QSE, Tamim served as CEO of Qinvest where he embarked on executing a strategic vision, which strengthened the firm’s position as one of the most competitive, dynamic players in the region, as well as, strengthened the bank’s international presence and developed deeper access to selective key markets. Tamim also served as the Managing Director and Country Head for Qatar at Goldman Sachs, as well as CFO for Qatargas Transport Company (Nakilat) prior to that. Tamim has over 20 years of experience in investment banking and executing transactions, having worked at a number of leading Qatari and international institutions. Tamim holds a BA in International Business with a minor in Political Science from George Washington University and an MBA from the American University – Washington, D.C.

HE. Akbar Al Baker
Member of the Board of Directors 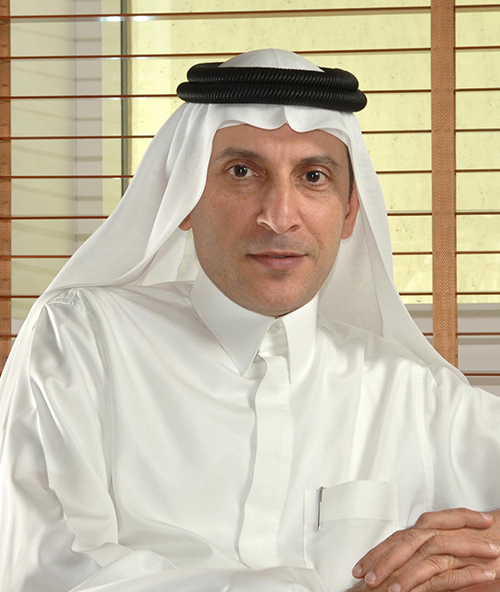 His Excellency, Mr Akbar Al Baker, is one of the most recognisable figures in the global aviation industry. His vision and commitment enabled the ground-breaking development of Qatar Airways from a small regional carrier into one of the world’s leading global airlines in the span of 20 years. Today, Qatar Airways flies more than 200 state-of-the-art aircraft to over 150 destinations across six continents.

In August 2017, HE Mr Al Baker was announced as the Chairman of the Board of Governors (BoG) of the prestigious global aviation industry body, the International Air Transport Association (IATA), which came into effect in June 2018. In November 2017, he was proudly named ‘Aviation Executive of the Year’ by the CAPA Centre for Aviation in recognition of his global influence and visionary approach to the airline industry.

HE Mr Al Baker is also a member of the Executive Committee of the Arab Air Carriers Organisation (AACO) and is a non-executive Director of Heathrow Airport Holdings (HAH) – the company responsible for the running and development of the UK’s largest airport. In 2019, HE Mr Al Baker was appointed Secretary-General of Qatar’s National Tourism Council (NTC).

Born in Doha, he has a degree in Economics and Commerce and worked at various levels in the Civil Aviation Directorate before being tasked with creating the world’s best airline in 1997.

HE. Ahmad Mohammed Al-Sayed
Member of the Board of Directors 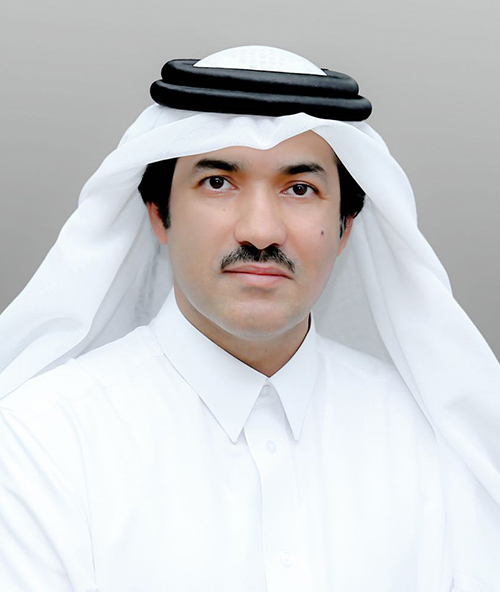 His Excellency Ahmad Al-Sayed the Minister of State and the Chairman of the Board of Directors, Free Zones Authority, Qatar.

The Free Zones Authority is established to regulate and promote Foreign Direct Investment (FDI) to Qatar and working to make Qatar a Global business hub.

His Excellency Al-Sayed served as Chief Executive Officer of Qatar Investment Authority and Qatar Holding, where he played a critical role to build, oversee and manage Qatar Sovereign Wealth Fund. During his tenure, he executed mega deals such as the QIA/QH’s investment in Credit Suisse and Barclays Bank, engineered the Merger of VW and Porsche as well as Xstrata and Glencore, the take-over of Songbird and Canary Warf Group, and the acquisition of Harrods Group, Iberdrola Energy, Tiffany, Heathrow Airport and others.

Prior to QIA, His Excellency Al-Sayed held key roles in various local and international institutions, including the Supreme Council for Economic Affairs and Investment. His Excellency Al-Sayed has also served as board member for different local and international companies like Qatar National Bank, Canary Wharf Group and Volkswagen Group, Vice Chairman of Qatar Exchange and Executive Chairman of Harrods LHD.

His Excellency Al-Sayed holds his MBA with Trium Global (from LSE, NYU Stern, HEC Paris), and a Master of International Banking & Financial Law from Boston University, and an LLB from Qatar University. He is a PhD candidate at Oxford University, London.

Mr. Ibrahim Jassim Al-Othman
Member of the Board of Directors 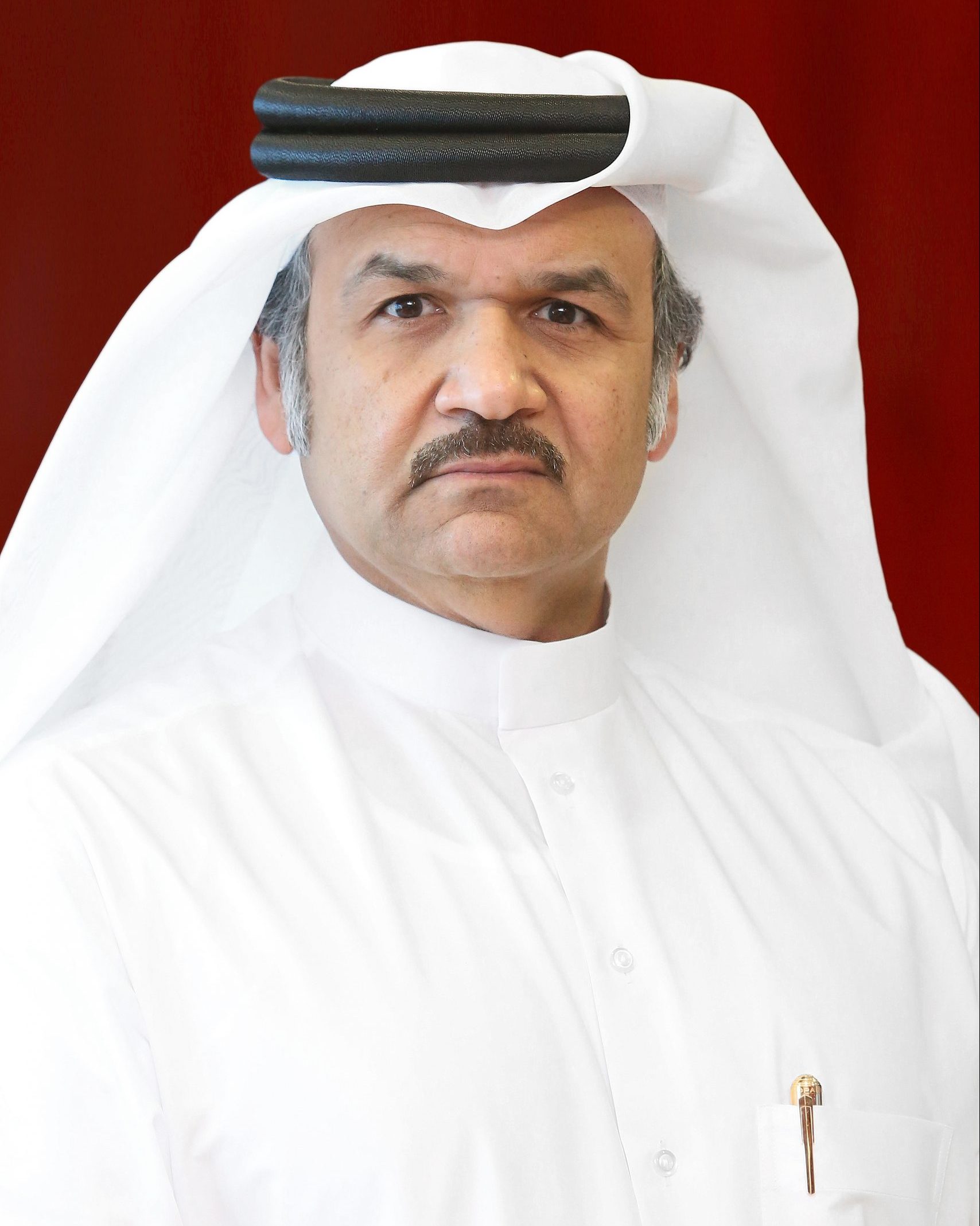 Ibrahim J. Al-Othman is the President & Chief Executive Officer and member of the board of United Development Company. He has a vast experience in the oil industry, working for national, international and oil service companies.

In 2013 and 2015- He was featured in Oil & Gas Middle East “Power 50” as one of the fifty most influential decision makers in the regional upstream business.