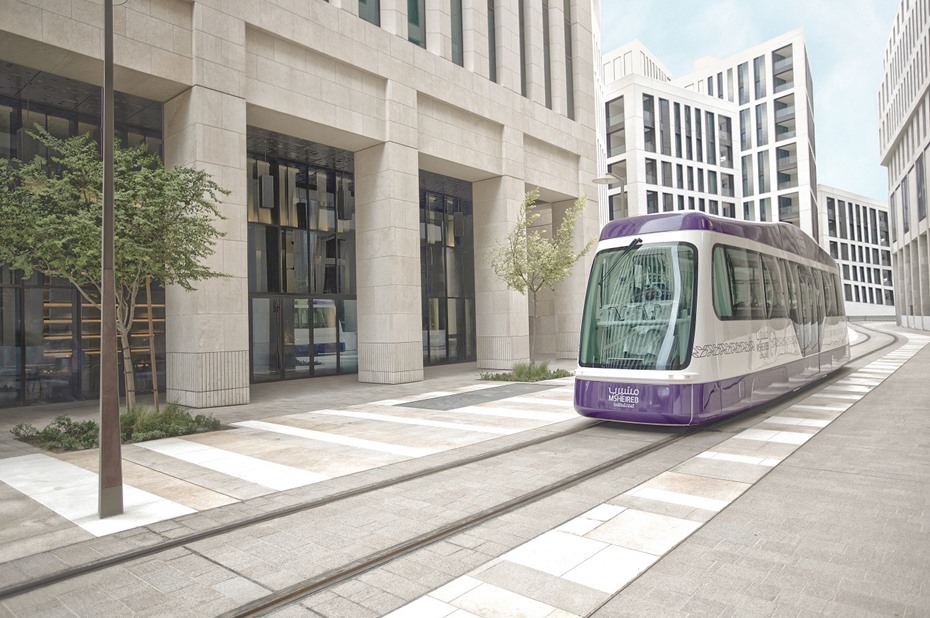 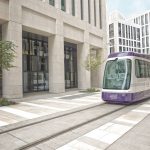 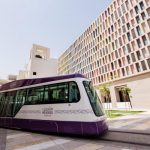 Msheireb Properties, the national real estate developer and subsidiary of Qatar Foundation, announced yesterday the launch of the much anticipated Msheireb Tram. The new Tramway connects all Downtown Doha, the world’s smartest and most sustainable city district, and the first sustainable downtown regeneration project worldwide.

Manufactured by the US-based TIG/m, LLC, Msheireb Tram adopts the latest in eco-friendly transportation technology with options and conveniences that makes it also an accessible method of commuting within the downtown area for people with special needs.

With 9 stations, Msheireb Tram interconnects all of Msheireb, making it easier for visitors to move from one spot to the other making the city a truly walkable and environment friendly city. Visitors, residents, and tenants can find a tram car on the loop every six minutes, with a 400-meter hop-on/hop-off zone along the single 2 km, closed-loop track system.

The self-powered environmentally friendly tramway depot is Platinum LEED certified. It is made up of three one-deck, high-tech, electric streetcars, which are fully air-conditioned, incorporating special light-filtering glass panels which prevent over 90% of the heat from sunlight.

The modern high-tech streetcar also includes many advanced features making it a convenient and safe method of transportation for passengers, such as: level boarding at all stations; a hop-on-hop-off service in Wadi Msheireb area; Virtual Tram Detection and tram priority at the traffic signals, tram arrival signs in real-time on the trams and at the passenger stations, on-board CCTV, and on-board Wi-Fi.

The Msheireb Tram also includes a unique open-air feature allowing it to be operated as an open-air car by removing the glass panels.

Ali Al Kuwari, Acting Chief Executive Officer, Msheireb Properties said: “It is a great way to end a year full of success, with the launch of the Msheireb Tram. We hope that this sustainable way of commuting will encourage more people to leave their cars behind. The tramway is very user friendly, cost effective, suitable for everyone, and I am confident that our visitors and residents will find it very convenient.”

Msheireb Tram links all areas of Msheireb Downtown Doha within 18 minutes, with a station at the Central Msheireb Metro Station, where everyone can access Qatar Rail’s all three operating metro lines.

The MDD trams run on standard gauge track (1,435 mm) and are custom designed and handcrafted to the highest standards of excellence while adhering to European Standards for Tramway Safety.